The Southern Sierra Research Station is a non-profit organization located in the foothills of California's Sierra Nevada. Through basic and applied research, we aim to understand the biological processes that control population sizes and species diversity. In collaboration with government, academic, and conservation organizations, we strive to increase our scientific knowledge of the species we research, so that we may better inform environmental policy and encourage public appreciation within the region.

We offer annual training workshops on the current survey methods and natural history for the federally endangered Southwestern Willow Flycatcher and Western Yellow-billed Cuckoo. Spots are still available in both workshops, but are filling up fast.


Annually we host an Institute for Bird Populations (IBP) Advanced Bird Banding Course in the Fall. The course dates have not been set yet, but if you are interested in this workshop please send us an email.

We visited western Nicaragua in October 2016 and January 2017 to locate Long- term Monitoring (LTM) sites for suitable winter Willow Flycatcher (WIFL) habitat. After choosing our two LTM sites, we were able to capture and color-band eight WIFLs at one site and 13 at the other. We resighted WIFLs in February and will return in March and April. In addition, Dr. Kristen Ruegg and colleagues at UCLA's Conservation Genomic Laboratory analyzed 24 feather samples we collected, revealing a strong connectivity between Southwestern WIFL populations and Nicaragua. During our October and January visits, we also taught Nicaraguan biologists about Yellow-billed Cuckoo (YBCU) ecology and vocalizations. Two SSRS biologists (Diane Tracy and Shannon McNeil) recaptured six YBCUs that were fitted with pinpoint transmitters in 2014 and 2015, discovering that five of the six birds had migratory stopover sites in Nicaragua. We will revisit these sites to observe possible future YBCU use. 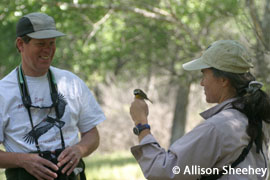 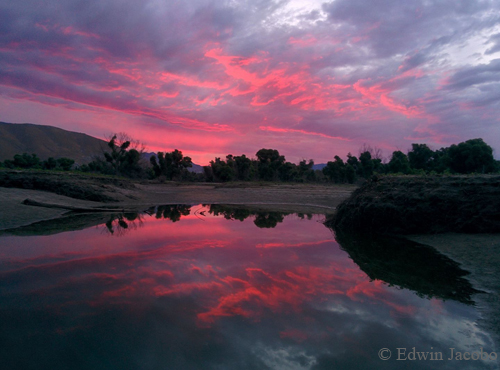