After more than a century of research, our understanding of the movements of migratory animals is still surprisingly rudimentary. Yet understanding how animals move across the landscape, shifting from hemisphere to hemisphere, is critical to preserving them in an ever-more threatening, human-influenced world. Recent geolocation technological developments are allowing researchers to make rapid advancements in understanding spatial and temporal movement patterns, including migratory connectivity. However, geolocation technology remains limited for small animals and understanding the trade-offs between various geolocator tags is critical to designing sound studies. Motus is a new generation of highly miniaturized digital radio-telemetry systems allowing researchers to track the movements of radio-tagged individuals across thousands of miles of distance, and months or years of time, with unprecedented temporal precision.


Spearheaded by Bird Studies Canada (BSC), the Motus Wildlife Tracking System (Motus, motus-wts.org) is an international collaborative research network of automated radio-telemetry receiving stations. Motus facilitates landscape-scale research and education on the ecology and conservation of migratory animals. The tracking system has been successfully used to identify important stopover sites, migratory routes, and post-fledging dispersal. The current network of receiver stations comprises more than 400 sites from the Canadian Arctic to South America, operated by more than 100 collaborators. Since 2013, more than 10,000 individuals of more than 100 species have been monitored using the system. Data collected from these stations feed into BSC's master database where it is archived, visualized, and distributed to researchers and the general public.


SSRS hosted Motus workshops and antenna installation demonstrations in 2019. At this time we do not anticipate offering a workshop in 2020, but if you are intereseted please send us an email to let us know that you would like this workshop offered again in the future. 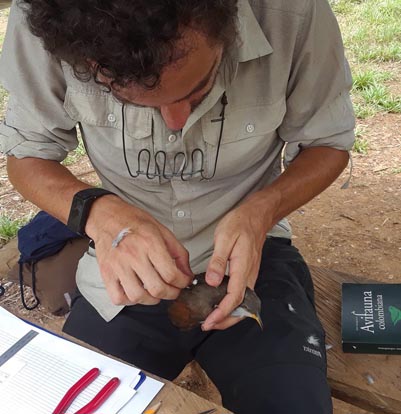