Death Pipes are everywhere and are responsible for a hidden, avian mortality epidemic. Please get involved and pass this information on to others and help raise awareness of this preventable killing of wildlife.

Any open top vertical pipe can be a death trap to birds and other wildlife. This problem is a nearly invisible. Unlike birds colliding with buildings, windows or other structures where they remain visible and obvious to people, birds trapped in pipes end up dying a slow death, completely unnoticed in open posts, sewer systems, septic tanks, or other hidden locations.

Hollow metal and plastic (PVC) pipes and posts are found throughout the world and serve a variety of purposes. Wildlife (birds, reptiles, small mammals) mortalities, including species of conservation concern, have been documented in mine claim marker posts (Brattstrom 1995, Lahontan and Red Rock Audubon Societies 2009) which resulted in passing a law in Nevada that called for the removal of all PVC mine claim markers across the state (American Bird Conservancy 2011). However, wildlife mortalities in pipes (death pipes) are not limited to uncapped mine claim marker posts.

In March, 2009, an employee of the Audubon California's Kern River Preserve in the Kern River Valley, California discovered a fallen irrigation standpipe 6" (15 cm) in diameter and 10' (3 m) tall on adjacent California Department of Fish and Game land that contained numerous bird carcasses and remains of other wildlife. Alarmingly, the fallen pipe contained the remains of over 200 dead birds. Four additional pipes were identified and subsequently cut down. All contained dead bird debris (although we were unable to collect it because it fell down the vertical pipes and collected underground in the horizontal buried pipe).

This is a widespread problem that kills millions of birds and one that individuals can work to solve with little cost and effort.

Remove any pipe that can be removed - this is a permanent solution!

Cap or fill pipes that can't be removed - NV state regulations require that PVC claim markers be capped; however PVC caps get knocked off or don't hold up to the elements. Make certain that caps are permanent.

PVC Mining Claim markers - Open topped PVC pipes are not legal in NV. PVC pipe is not legal for marking claims in CA. The Bureau of Land Management (BLM) and individual states regulate this, and regulations may vary by state. If you locate an open topped mining claim marker you can fill with sand or rocks or cap with a large well-fitted rock. GPS the location and contact your region's BLM office. Often these are markers on abandoned claims and can be removed by BLM. Nevada has recently passed a law allowing citizens to pull up open topped markers and lay them on the ground next to the location.

Residential rooftop plumbing & heating vents - These are steel or PVC pipes protruding from rooftops. They must remain open to allow plumbing & heating systems to vent properly. These can be covered with 1/2" (1 cm) galvanized hardware cloth held in place by stainless steel pipe clamps (there is some concern that raptors can get their talons caught; in addition, the wire mesh may get clogged with debris). There are also commercially available vented caps that can be installed (one possible source is: http://savepipey.net/ ).

Steel pipe used for fence posts - Typical chain link fence posts are 1 1/2"-2 1/2" (4-6 cm) in diameter. These can be capped with off-the-shelf caps available at any hardware store or fencing supplier.

Underground irrigation system vents - 8"-10" (20 - 25 cm) diameter pipe (often old well casing) is commonly used to make gate posts on ranches and other large properties. Similar sized pipes are used as signposts on federal lands& commercial properties. These can be filled with sand, gravel, or concrete, or capped with a concrete plug or have a fitted steel plate welded on.

MISC - outhouses have vents, tractors and other heavy equipment have vertical exhaust pipes, old wells often are not closed - these are death traps for MANY species, monitoring wells, study site markers, etc.

Thank you for reading this information. We ask that you please get involved and pass a pdf of this information on to others and help raise awareness of this preventable killing of wildlife. 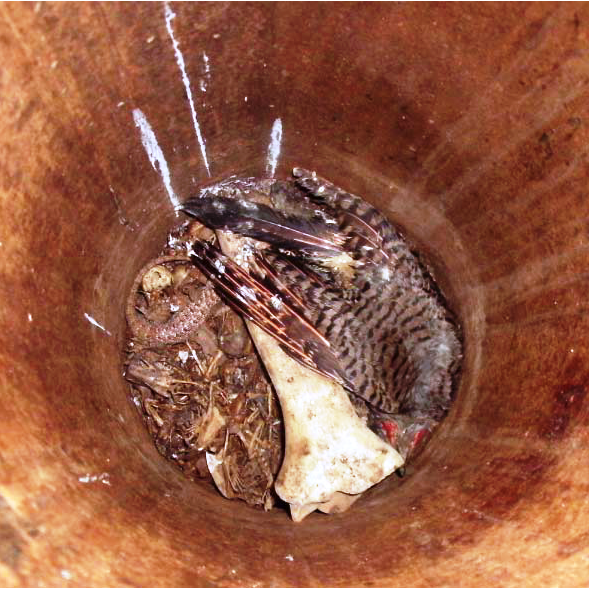 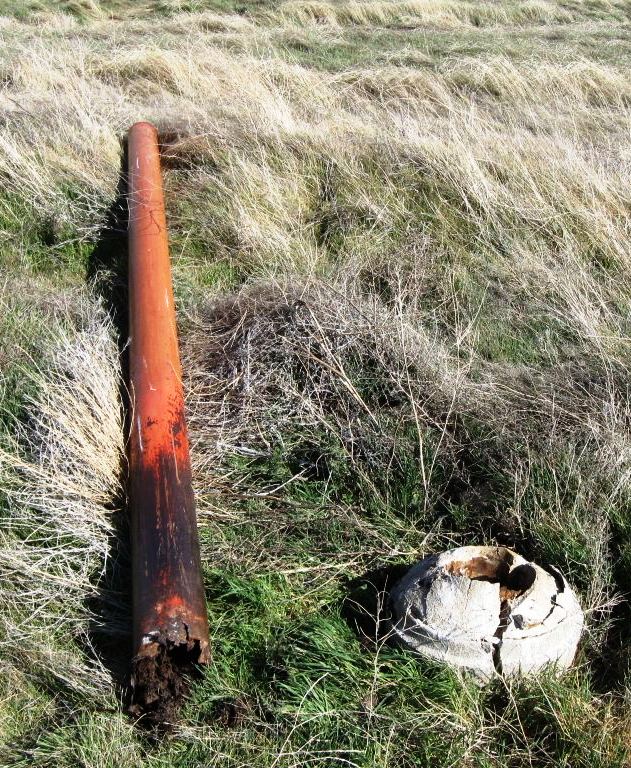 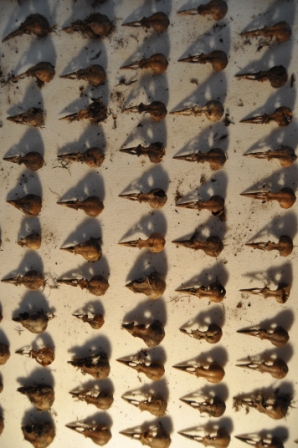